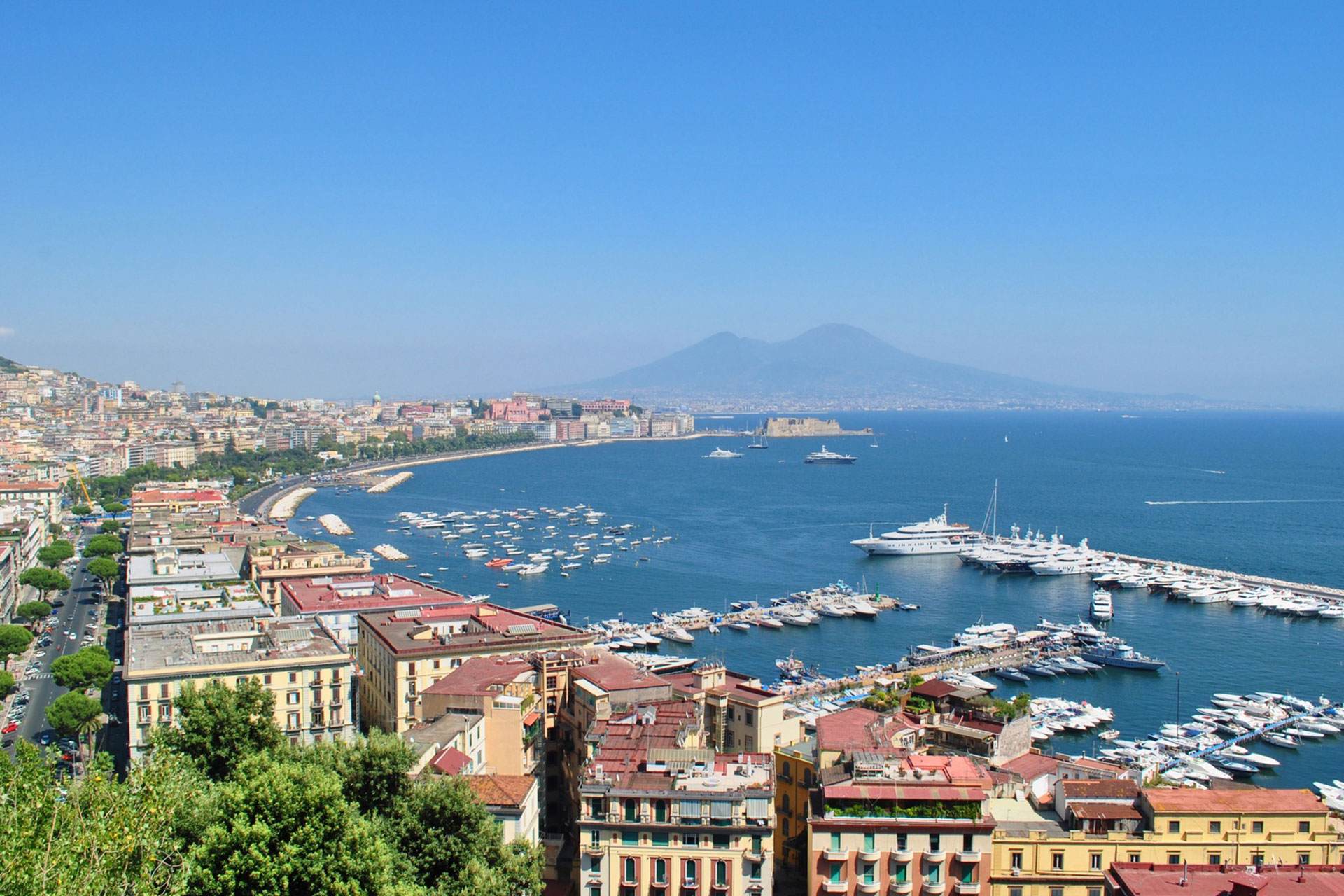 Villa Oteri is located in Bacoli, in the heart of Campi Flegrei: a legendary spot full of history and nature.

This land, theater of the mythological events celebrated by Homer and Virgil, possesses a succession of beaches, cliffs, lakes and volcanic hills.
With wonderful views and remains of ancient peoples, guests will have plenty of opportunities for spending pleasant days discovering this extraordinary part of Campania.

Campi Flegrei | Campi Flegrei is an extremely interesting place due to its history, archeology and geology. In this area just a few kilometers from Naples, the Greeks founded Cumae in the eighth century B.C., their first settlement on the Italian peninsula. Later the Romans settled in Pozzuoli giving life to one of the most important ports of ancient times, famous for the beneficial properties of its spa waters. Campi Flegrei, characterized by the extraordinary presence of volcanic phenomena, has charmed artists and writers since ancient times, so much so that Homer and Virgil set some of the events of their epic poems here. Over the centuries the sea has covered parts of the area settled during the height of the Roman Empire. One of the activities that attracts many visitors is underwater archeology which makes it possible to see the ancient buildings and massive marble sculptures now located under water.

Bacoli | Bacoli is a charming fishing village in the Gulf of Pozzuoli. This picturesque town contains on of the most important sanctuaries of ancient times: Antro della Sibilla, entirely dug out of the tuff by the Greeks in the fifth century B.C. During the summer Bacoli enjoys a vibrant cultural life: during this season numerous theatrical and musical performances are held which attract both visitors and Neapolitans.

Baia | Baia is located just a few kilometers from Bacoli and is famous for its majestic Castello Aragonese. This fortress occupies 45,000 square meters and with its massiveness it dominates the entire Gulf of Pozzuoli. Its high impregnable walls now house the Museo Archeologico dei Campi Flegrei with its collection of artifacts taken from one of the country’s largest underwater archeological areas: the first Submerged Archeological Park created in Italy. In the stretch of the Gulf which lies in front of Baia are the underwater ruins of an ancient city, which at the time of the Roman Empire was a famous vacation spot. In the waters of the Mediterranean it is possible to view temples, spas, colonnades and the remains of luxury summer residences.

Miseno | Miseno is a pretty beach resort located a short distance from Bacoli, right in front of the islands of Procida, Vivara and Ischia. The town is characterized by the presence of the Promontory of Capo Miseno and Lake Miseno which offer breathtaking views and an opportunity for hiking in natural surroundings. Miseno’s beach is one of the preferred weekend destinations for Neapolitans.

Pozzuoli | Pozzuoli is located in the heart of the Campi Flegrei between the Promontory of Miseno and that of Posillipo. The numerous sights which bear witness to the glorious past of this port city include the Temple of Neptune, Temple of Serapis and Amphitheater.

By plane
From Naples’ airport there are different ways of getting to Villa Oteri:
· by taxi
· with our optional transfer service
· and by public transportation. From the airport you can take a bus which will take you to Naples’ main train station and then take a SEPSA bus towards Torregaveta and Bacoli to get to the hotel.

By car
From the freeway take the Naples’ bypass (tangenziale) and exit at “Arco Felice – Pozzuoli” (exit no. 14). Then follow the signs for Bacoli and Miliscola. Hotel Villa Oteri is located in Bacoli, at number 174 on Via Lungolago.

By train
From Naples’ main train station (in Piazza Garibaldi) take a SEPSA bus towards Torregaveta and get off in Bacoli at the Miliscola stop.

Nozio
Booking the hotel directly with no extra middleman costs: this is the right choice for economically sustainable, good value, authentic and high-quality tourism. Nozio has selected this hotel because it offers you: - a high-quality Official Website where you can book at good rates due to no extra middleman costs; - great value for money confirmed by the real opinions of guests registered to the Nozio Community.

Michelin Guides
The Michelin Guides are the International reference for hotel and restaurant information. A selection of the best places to eat and stay, from tiny bistro to luxury hotel.

Locande d’Italia Slow Food
The guide contains 1200 addresses of places where to stay comfortable, to relax after a day of work or spend a pleasant holiday at a reasonable price. All solutions where the reception regains value: comfortable rooms, fair prices, friendliness and courtesy, respect for the environment.
Certifications